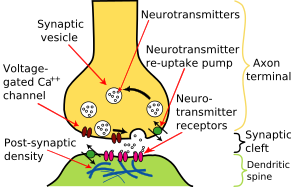 Home » Blog » Education » The ASTI Need To Get This One Thing Right For Once.

So I was reading this Irish Times the other day when I came across this nugget from Carl O’Brien which helps illustrate my argument below.

“The proposal states that students could undertake an assessment task – worth 10 per cent of marks – over the coming months in exchange for the union dropping its ban on co-operation with classroom-based assessments” (CBA, added). (my emphasis)

I took this to read that if the ASTI dropped its ban on cooperating with CBAs, students in ASTI schools could sit their assessment task later than provided for.

However, the key words in the quote are ‘in exchange’. This obviously indicates that this was an offer to the ASTI.

I have a major problem with this.

Examination Assessment is the government’s monkey, not the ASTI’s. Notwithstanding exceptions made in other situations, students being able to sit assessments under the governments new Junior Cycle programme is something the government wants, in the first instance. (of course teachers want this too but…..).

The idea that students in ASTI schools will only be able to do the assessment IF the ASTI gets with the government’s programme is tantamount to emotional blackmail. (You may feel more strongly than me on this).

Naturally, I think it is despicable that the government would use students as a pawn in this way.

This all highlights a key problem with the ASTI. While they have an excellent Press Office, they NEED a professional, dedicated PR agency to prepare and manage the ground before and during the campaign. Of course, now it may be too late. I know some may disagree on the importance of this. But one need only think back to the 2001 campaign and the awful spectacle of Charlie Lennon sandwiched between Miriam O’Callaghan and The NPCPP representative on Prime Time. My feelings at the time was that Charlie was bullied. But a professional PR team would not have allowed that situation to arise. I think that was a pivotal moment in that campaign.

But in case you are unconvinced….

Several non-teachers have asked me about ‘the whole equal pay for equal work thing’. Their understanding from the media is that the ASTI wants new entrants to be paid the same as experienced teachers, that is, a 23 year old should be paid the same as a 43 year old. This is not the case. I explained to them that what we were seeking was (ultimately) equal pay scales. This was follwoed by an ‘Ohhh…I get it’.

So the message is not/was not being picked up correctly.

It doesn’t matter what the message is if you’re not getting it across.

RTE as the National Broadcaster has an obligation to be fair and balanced to both sides of a debate. Sean O’Rourke gave a lengthy slot to Brian Mooney on why he was leaving the ASTI (albeit after 40 years). Now, maybe I missed it, but I didn’t hear or come across an ASTI reposte to this piece of what I feel was clearly propaganda. Why didn’t the ASTI insist on a slot of equal length to counter Mooney?

Have a look at where Donald Trump gets his news or read about the influence of fake news sites on the US election and even how dangerous it can get. The link to the Economist article also highlights the importance of a Social Media Strategy in communicating a campaign message.

The point is, you can have the best reason in the world for your grievances, your case may be as sound and reasonable as they come, but if it is not communicated well enough and often enough, it is hard to maintain support for your position.

The ASTI needs to think strategically about its communications. For this, it needs a professional PR team. For sure, the government has one.

Here’s  a video to break up the monotony.

2 thoughts on “The ASTI Need To Get This One Thing Right For Once.”