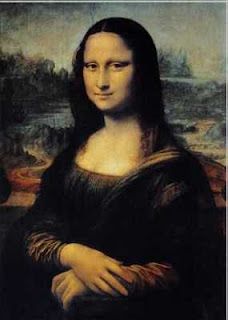 intention is partly just to squeeze in a mention Leonardo Da Vinci. We are familiar with Da Vinci as an inventor, artist, engineer, mathematician and an undoubtedly someone who today would probably be working for Google. But perhaps not for the reason you think. Da Vinci revolutionised portrait painting and when we look at something like the Mona Lisa, it’s sometimes hard to resist the urge to move around the painting just to see whether her eyes actually do follow us. Nice though this is, the less familiar eye might miss that this painting is also one of the first attempts at painting aerial perspective. Looking at the background, our eye drawn to meandering road on its way to a lake. On the right of the painting, we can see a bridge in the distance. Leonardo used subtle colour differences to convey realistic depth and perspective to the painting.

later use in his paintings. His study of flowing water on the Arno is a classic example of this. In this sketch, he’s not just trying to draw the water, but in fact he is trying to capture the very movement of the water – almost as close to animation as he could get.

Since the dawn of human civilization, humans have been drawn (!) to capture the world around them. From the cave paintings at Lascaux

﻿﻿
to the watercolours of Turner or the incredibly evocative painting of LS Lowry, ﻿﻿﻿﻿﻿﻿humans have always sought to recreate the world they inhabit – in part as commentary, but ultimately in order to come to an understanding or assimilation of that world. We have written songs about it – ‘Ain’t no mountain high enough, ain’t no valley low enough’; love may exist, but it exists in the context of a landscape. Just ask Dire Straits love struck Romeo singing the street a serenade.

“In Xanadu did Kubla Khan
A stately pleasure-dome decree :
Where Alph, the sacred river, ran
Through caverns measureless to man
Down to a sunless sea. “

These lines, from a poem considered among Coleridge’s top three and one of the most romantic poems of his era, have a hypnotic quality. For the world, this geography we inhabit, is hypnotic. Who was not entranced the first time they saw ‘Earth Rise’, the photograph of the Earth taken by astronaut William Anders in 1968 during the Apollo 8 mission? 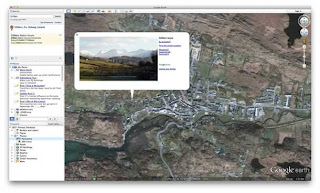 It was inevitable that the pinnacle of our technology, space technology, would be used to capture, in new ways, the world we inhabit. Not all of us can go to space, but in the future, some archaeologists will dig out a PC (or a Chrome Book!) – from a cave – power it up and marvel that ancient man sought to capture his world by recreating it and calling it Google Earth. They will find photographs embedded in it from something called Panoramio – a crowd-sourced photographic record of the world as it was. They will find 360 Cities and see the National Geographic Layer, the human adaptations we added to the world as we tried to get to grips with the consequences of that adaptation. No doubt they will be grateful for the Roads layer to help them find their way back.

But there is a more serious side to this. The ‘new’ leaving Certificate syllabus took 10 years to see the light of day and in 1996 when it was begun, the internet still hadn’t arrived for the mass of people in Ireland. Geographical Information Systems was still in its infancy. The syllabus only recommended that students should know what is a GIS, not that they should learn to create one.

There has always been two education systems in Ireland – the one (in which) we teach to ensure children pass the annual national quiz – the State Exams – and the other – the one where we forget the exams and teach what we love in a way we love. This is the bit that inspires. Passion is contagious and when we teach with passion, we can inspire our students.

There is the germ of an opportunity in the new Junior Cycle to combine geography and technology; to take what you learn today and tomorrow and to bring it back to the classroom. And you should. Not only does location-based technology continue to be a growth sector in the Irish economy but even the digital games industry needs school leavers and graduates with an understanding of geography. Dublin is quickly becoming the 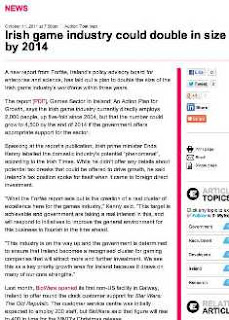