News comes that Finland has decided to do away with what are, in schools, traditionally called ‘subjects’.

In other settings, subjects were referred to as ‘disciplines’. There is a world of meaning in the difference. A discipline is a knowledge and skill base acquired after in-depth study. It speaks to mastery of a human endeavour.

School children do not need such a high level of knowledge; however, one thing is patently clear, the pursuit by specialists of a particular discipline provides the generalist with the material that informs a subject taught in school. This subject comes with its own pedagogical approach. If not, then the subject would not be a ‘real’ subject as such but a mish-mash that serves some purpose other than the cognitive benefit to the individual arising from the pedagogy of traditional subjects.

This is evident in ‘subjects’ such as CSPE in Ireland (Civic, Social and Political Education introduced by a Labour Minister for Education) – not a real subject with it’s own pedagogy but a mish-mash of topics which was once described as designed to produce nice Labour Party voters.

So there are three issues here;

1. What purposes is served by a move away from ‘subjects’ towards ‘topics’ (‘phenomenon teaching’ to the Finns)?
2. What is at risk? and
3. Why has no one thought of ‘topics’ before?

1. The purpose is very clear. Instead of learning economics and (or) history, a pupil might learn ‘European Union’ which would draw on topics from several subjects.

This is fine. However, a child who is great at history but weak at economics will be (all things held constant) only so-so at “European Union’. This is not the say the child should not study economics, but it is always better to provide a foundation education and thereafter, play to the strengths of a pupil.

This approach comes with its own interesting context. Finland is facing some economic challenges (decline of Nokia, economic troubles in Russia). The Independent article cites business interests in England who would like to see a similar approach. And in Ireland, our former Minister for Education,  in November 2011, justifying lower second level reform, emphasised that schools needed to teach children so they could fulfill the wishes of the ‘Captains of Industry’ – in a radio interview (at 14mins 29 secs) he stated

“What were are trying to do is to allay, align that kind of labour market interviewing thresholds with what happens in the school and what a number of employers have said to the universities and we have heard this from Captains of Industry that people coming out of the present education system on paper may have a wonderful set of qualifications but in reality they don’t have the necessary additional skills or complementary skills to enable them to communicate their learning, to engage in dialog with other people, to make presentations, to work collectively with other people..‘ 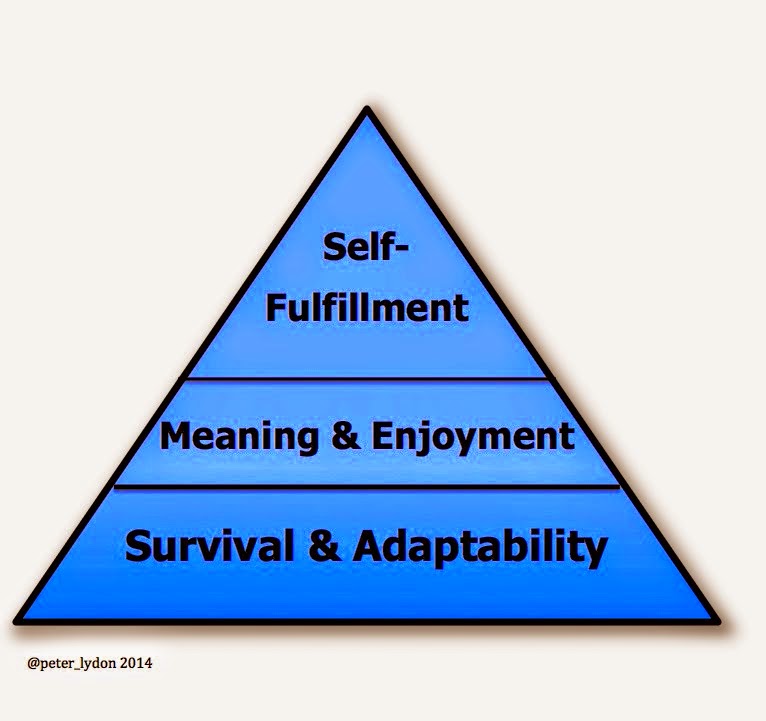 the skills to live an independent and economically sustainable life (survival and adaptability). However, the focus of education should not in the first instance, in my opinion, focus on making worker bees. Education has to ensure that it addresses higher needs. An education which seeks merely to equip pupils with job skills is a recipe for baking a nation of hopeless automatons.

So teaching topics has value in education, but this is not an education.

2. There are several things at risk (although there are opportunities too). Firstly, there is a short term (say, 10 years) threat to those specialisations that provide the material used by generalists. Without subjects, there would be a decline in those going on to specialise at university level. It is interesting to note the move toward business-accountability at third level. Those disciplines which do not generate income are, under this model, doomed. Ultimately, we risk losing research in those disciplines that help fulfil the higher level needs in the pyramid above.

This is all the more worrying when research by John Hattie, among others, showed that the quality of teacher subject knowledge was a significantly important component in student learning.

Another threat is to the well-being of pupils. A child must, in every instance, be valued as the person they are. Their education must reflect this. An ‘education’ which focuses on the skills industry wants children to have in priority over the person of the child is an Orwellian nightmare. What good is it if we gain the world but lose our soul.

It is important to recognise the political pay-off from a more general, job-focused education. In depth study promotes critical thinking skills and deeper knowledge, appreciation and understanding of the social and political structures, values and attitudes that shape the world in which we live. A critical education makes the political management of a society more difficult.

3. It is interesting to note that we didn’t always have the subjects we have now. For example, geography and science grew out of a discipline called ‘natural philosophy’. The 19th century had people famous as polymaths simply because such a thing was possible. Since the 19th century increasing specialisation in knowledge has occurred. Consequently, even if a topic-based approach to teaching caught on (and I’m sure, like all fads, it will for a while), eventually we would find ourselves specialising.

Notwithstanding this, it would only be a matter of time before the ‘topics’ became subjects themselves  and we returned to where we started.

The lower second level reform in Ireland (Junior Cycle) originally referred to ‘curriculum components‘ in preference to ‘subjects’. This seems to have been rolled back for the time being but I am sure that it will raise its head again. Indeed, the idea of topic-teaching is contained in the notion of ‘short courses’ which have lent a sort of Mongolian-Barbecue flavour to Junior Cycle Reform.

So I think that Finland is making a mistake. Again, this is not to say that there is no room for ‘topics teaching’. However, it is far better to construct a curriculum which in which the teaching of subjects, rather than the subjects themselves, are integrated. This places higher professional demands on teachers. They need to collaborate more with their colleagues. They need to be familiar with the content of other subjects so that where relevant, they can draw synthesising connections between their subject and another teacher’s. But we should preserve the unique skills and knowledge provided by traditional subjects.
(No, Miss, the Sugarloaf was never a volcano! a little in-joke for geography teachers in Ireland!)

The independent article provides an example of an English lesson where a child might learn that it was foggy in Denmark and that this is an example of the student learning geography.

I know I am biased, but it would be particularly sad if the teaching of geography, or indeed any area of knowledge was reduced to this pseudo-education.

One thought on “Finnish Education – Subject to Conditions”